A bridge that is intended to be reused from the very beginning.

Rondje Weerwater is a bicycle-footbridge. The bridge is constructed of cement-free concrete (also called geopolymer concrete), in which urban waste flows originating from the recycle platforms, city cleaning and the public area of Almere are processed. For this reason, the bridge was given the appropriate nickname ‘Puin’ [rubble]. By using this concrete instead of normal concrete, the CO2 emissions were reduced by 65%. The cement-free concrete was made by the Theo Pouw group in collaboration with the recycling company Cirwinn in Almere. This means that the bridge is created from Almere rubble by an Almere contractor and an Almere architect on Almere land. 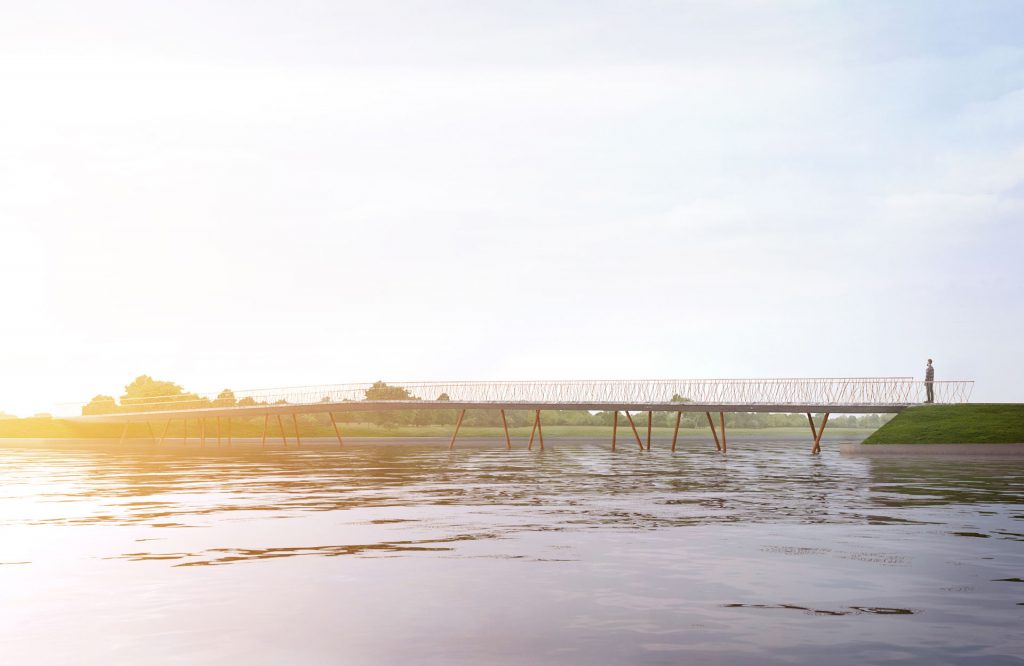 Both bridges were designed by René van Zuuk architecten and constructed by Reimert Bouw en Infrastructuur. Material derived from raw materials produced from Almere waste flows was used for their construction. The waste flows are given a second life, thus contributing to CO2 reduction and the circular economy. An additional benefit of using “own” materials and raw materials in this age is that we are not hampered by any delay in the import of raw materials and other materials.

Do you want to innovate?